Home › Past DART Events › All about KENNY LOGGINS

All about KENNY LOGGINS 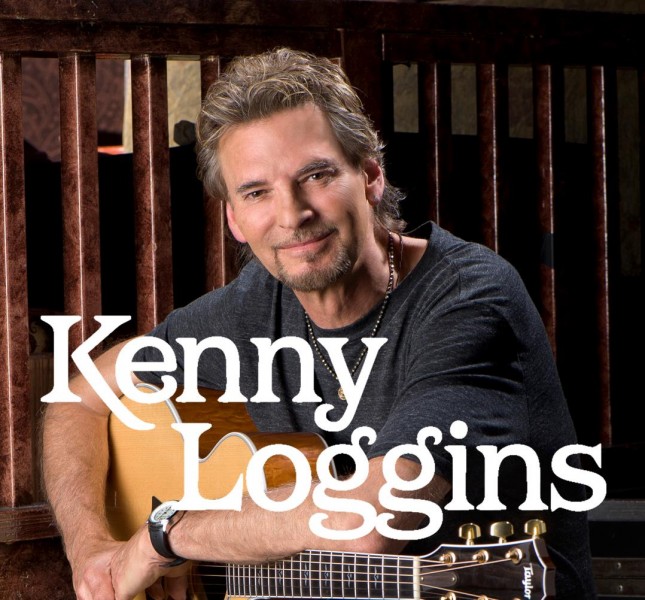 Kenny Loggins has been many things to many people over the past three decades — “a moving target” as he’s put it. In his time, Loggins has been a guitarslinger with a psychedelic rock band, a hot young songwriter with a publishing deal, half of a legendary country-rock duo, a massively successful and accomplished solo artist, a sonic pioneer in the smooth jazz genre, a reigning soundtrack superstar, a rocker, a seeker, as well as an enduring recording artist and live performer whose most recent works have spoken deeply to both young audiences and decidedly adult and worldly concerns. At the heart of it all, there remains a brilliant singer-songwriter and guitarist with a lifelong passion for exploring the endless power of the song to communicate. By any standard, Loggins’ commercial impact has been extraordinary; twelve of his albums have gone platinum and beyond. In a world of one hit wonders and fifteen minute sensations, Loggins has enjoyed hit songs in four straight decades — a remarkable testament to his exceptional craftsmanship and stamina. Yet the true measure of this man cannot be weighed in platinum and gold. Through it all, Kenny Loggins has earned the faith of those who’ve followed him along the way. To this day, Loggins continues to write and record at the height of his powers as a singer and a songwriter. This is something that Loggins proves every time he takes the stage to sing his soulful songs straight from the heart.

Kenny Loggins was born in Everett, Washington, and moved to the Los Angeles area as a young boy. After a short and, in retrospect, rather surprising stint as a guitarist for The Electric Prunes, Loggins scored a job as a $100 a week staff songwriter and penned four songs on the Nitty Gritty Dirt Band’s 1970 album Uncle Charlie and His Dog Teddy, among them the classic “House at Pooh Corner.” Around this same time, Loggins caught the attention of former Buffalo Springfield producer and Poco member Jim Messina, then working as staff producer at CBS. Originally, Loggins set out to record his solo debut with Messina behind the boards as his producer. As work progressed, Messina’s involvement increased and the album subsequently emerged in 1972 as Kenny Loggins with Jim Messina Sittin’ In – a gem that featured Loggins’ future standards “Danny’s Song” and “House At Pooh Corner” and quickly established this accidental duo as one of significant recording and touring acts of the 70s. When Loggins & Messina split up in 1976, Loggins wasted no time in achieving solo stardom with such million-selling solo albums as Celebrate Me  Home, Nightwatch (which included the hit “Whenever I Call You Friend”  with Stevie Nicks), Keep The Fire (“This Is It,”) and 1982’s High Adventure (“Don’t Fight It” with Steve Perry and “Heart To Heart”). These albums saw Loggins expanding his musical range, impressively exploring new textures of jazz, rock and pop with ambitious production. Loggins’ reputation as one of music’s outstanding vocalists was becoming well established, and in 1980 he won the Best Male Pop Vocal Grammy for “This Is It.” As a songwriter too, Loggins continued to grow, a fact evidenced by his many inspired collaborations such as co-writing the 1979 Grammy-winning Song of The Year “What A Fool Believes” with his long-time friend Michael McDonald of the Doobie Brothers.

In the 80s, Loggins became more famous than ever as the king of the movie theme songs, thanks to massive smashes like “I’m Alright” (from Caddyshack), “Footloose” (from Footloose), “Danger Zone” (from Top Gun), and “Nobody’s Fool” (from Caddyshack II). Loggins also continued to record albums that were introspective and deeply personal, including 1985’s Vox Humana, 1988’s Back to Avalon, 1991’s Leap of Faith (featuring “Conviction of the Heart,” a song Al Gore called “the unofficial anthem of the environmental movement”), The Unimaginable Life (1997) and 2003’s It’s About Time. During this same period, Loggins continued to take on new challenges like recording a Christmas album (1998’s December) and two successful and acclaimed CDs for children: 1994’s radiant Return To Pooh Corner and its worthy follow-up, More Songs From Pooh Corner.

In 2005, Kenny Loggins reunited with his former partner, Jim Messina, to great surprise and considerable acclaim. As much personally as musically, the Sittin’ In Again tour allowed Loggins to rediscover an old friendship. It was so successful and inspiring that they took their show on the road once again in 2009.

Currently, Loggins is recreating himself all over again as part of the trio, Blue Sky Riders, with Georgia Middleman and Gary Burr. The band’s self-titled debut album Blue Sky Riders will be released on January 22, 2013 on their own 3Dream Records.

Posted in Past DART Events