Niemann Pick Disease type C, or NPC, is a disease most people have never heard of, affecting just one person in 150,000. Yet the disease is a devastating one. Frequently diagnosed in children in their elementary school years, sufferers usually die by the time they’re 20. The disease is sometimes referred to as “childhood Alzheimer’s” because of the progressive mental and physical decline seen in the children it afflicts.

There is no specific, FDA-approved treatment for NPC, only drugs to treat the symptoms. That is now changing.

A study coming out in Science Translational Medicine andled by University of Pennsylvania School of Veterinary Medicine researchers has shown that cats with NPC — which mirrors the human version of the disease — show vast improvements when treated with a compound called cyclodextrin. While NPC typically results in inexorable neurological decline, administering cyclodextrin into the fluid around the cats’ brains largely halted the progression of disease.

This study showed that the treatment was safe enough to begin a clinical trial in children, which launched last year. 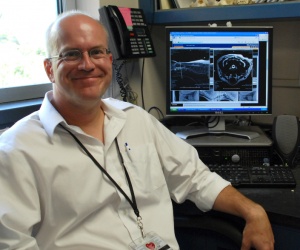 NPC is caused by a mutation in one of two genes, resulting in problems in how a person’s cells process cholesterol in structures called lysosomes.

Researchers still don’t fully understand how this cholesterol-processing dysfunction leads to the suite of symptoms seen in NPC patients, including abnormal motor function and loss of cognitive function. Though some patients don’t develop symptoms until adulthood, in which case people can live with the disease for many years, when NPC arises in childhood, it is usually fatal within only a handful of years.

“It’s a horrible disease,” Vite said. “Unlike a lot of other genetic diseases, there’s no hint that there’s anything wrong when the child is born. These are beautiful, normal kids until they reach school age. Then they start to have trouble with learning, some of them develop motor disturbances, some can’t talk well, some of them develop psychosis and seizures. Death usually occurs by 20.”

NPC is naturally occurring in cats and their disease progression is very similar to that seen in children.

“Large animal models of human disease, like cats, are really helpful for determining what’s going to happen in a child when you’re treating them,” Vite said. “By using these natural models, the ultimate goal is to find something that helps your cat and your dog population and your human population, too.”

The Ara Parseghian Medical Research Foundation and Dana’s Angels Research Trust formed by parents with children with NPC disease were the first to support the work with cats.

Though no approved FDA therapies exist specifically for NPC, several years ago two labs, headed by John Dietschy of the University of Texas Southwestern Medical Center and Steven Walkley of Einstein, independently identified a compound with promise.

“The discovery was totally serendipitous,” said Walkley, a co-author and professor of neuroscience, pathology and neurology and director of the Rose F. Kennedy Intellectual and Developmental Disabilities Research Center at Einstein. “We were at the time repeating published studies that had found that a certain drug dissolved in 2-hydroxypropyl-beta-cyclodextrin, or HPβCD, was beneficial in the mouse model of NPC disease. Turns out, carefully controlled studies revealed it wasn’t the drug having the benefit at all but rather what it was dissolved in, namely the HPβCD. Our studies in NPC mice clearly showed that this compound had the ability to dramatically ameliorate the lysosomal pathology in the brain.”

HPβCD, which happens to be the active ingredient in the odor-quelling household product Febreze, had previously been shown in cell culture to remove cholesterol from cells.

In the current study, the Penn Vet team administered HPβCD subcutaneously to cats with NPC at various concentrations, as had been done in mice, but found that the dose needed to achieve neurological benefits caused the cats to develop serious lung disease.

To see if they could avoid the negative impact on the lungs while still being effective at treating neurological symptoms, the researchers then tried to give the compound directly into the fluid surrounding the brain, starting when the cats were three weeks old and repeating the dose every two weeks.

These cats, remarkably, were neurologically normal at six months and had only mild symptoms at 18 months. Their brains reflected this as well: There was a large reduction in cholesterol storage in the brain and their Purkinje cells, neurons responsible for motor coordination that are destroyed in large number in NPC, remained intact.

Some of the cats treated with the highest dose have survived past three years of age and have gone on to have kittens.

Even starting the treatment after cats began to show symptoms was helpful. Cats that received HPβCD treatment beginning at 16 weeks lived significantly longer than untreated cats, 43.5 weeks on average.

The research did identify negative side effects to the treatment. Whether given subcutaneously or directly into the brain, the treatment caused hearing loss.

“We went through a study of trying to decrease the dose to see what dose improved signs of disease but didn’t cause deafness,” Vite said. “The bottom line was we didn’t find a good cutoff; if the dose was going to be efficacious you were going to lose some hearing.”

Moving forward, Vite and colleagues will continue looking for other compounds that could have a similar benefit to HPβCD without the negative side effects. His lab will also continue working to understand why the build up of cholesterol causes neurons to die and how HPβCD is able to remove cholesterol from cells.

Vite noted that his work on NPC is unique not only because of the tight-knit group of researchers who freely share data and speak regularly about new directions to take in their work but also for the role of parents and families of children who are affected by the disease.

“The families alone have helped fund 20 percent of our lab,” Vite said. “They do it by organizing 5Ks, bike races, all of that. We have NIH funding that’s essential; we couldn’t get by without it, but what really pushes things along are the parents.”

As the results of this study became known, various institutions, researchers and families worked with the FDA to get HPβCD approved for a clinical trial. One group that was key to this success was a unique scientist-clinician-patient advocate collaborative known as Support Of Accelerated Research for NPC disease, or SOAR-NPC.

The Phase 1 clinical trial in children, to identify a safe dose and take note of side effects, began last year and is headed by Forbes D. Porter at the Eunice Kennedy Shriver National Institute of Child Health and Human Development. Phase 2, intended to determine whether the drug is effective in a larger population, will likely begin later this year. The Phase 2/3 trials will be sponsored by Vtesse, a new biotech company that was formed specifically to evaluate the safety and efficacy of cyclodextrin for the treatment of NPC and ultimately obtain FDA labeling if the drug is effective.

“Dr. Vite’s studies provided important information on the potential of cyclodextrin in treating Niemann Pick Disease type C1,” Porter said. “These studies helped to define potential toxicity and efficacious doses. This information was critical in the design and implementation of the current Phase 1 trial and will be of significant benefit in planning the Phase 2/3 clinical efficacy trial.”

“It doesn’t get any better than finding something that treats animals and then will go on to treat kids,” Vite said. “That’s the holy grail. That’s what keeps us going. And we are really excited about it.”

Support for the research came from NIH through R01s and support of the National Referral Center for Animal Models of Human Genetic Disease, the Ara Parseghian Medical Research Foundation, Dana’s Angels Research Trust, the Hide and Seek Foundation, the Race for Adam Foundation, members of SOAR-NPC, the National Niemann-Pick Disease Foundation, Johnson and Johnson and families of affected children.